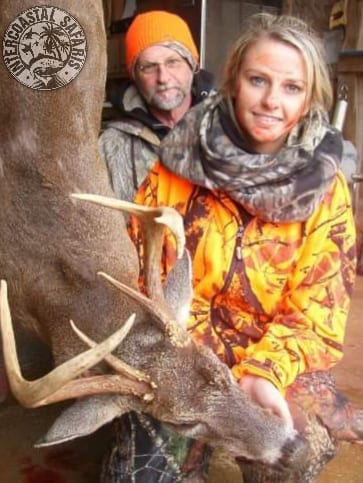 Alabama Black Belt | What is it?

The Black Belt extends across 23 counties between the Appalachian Mountains and the coastal plains of central Alabama. About 160 years ago, one could call this area the “White Belt” because of all the white cotton growing on endless acres of rich black soil; however, it is the rich black soil that gives this area the name “Black Belt”. The Term ‘Black Belt” also took on an additional meaning in the 19th century. This is when the region, known for cotton plantations, enslaved African Americans. After The Civil War, many freedmen stayed in the area as sharecroppers and tenant farmers.

The Alabama River, Tombigbee, and the Black Warrior River were used by farmers to water their cotton fields. These rivers deposited highly fertile soil and now create outstanding wildlife habitats. The Black Belt isn’t just known for its farming, but also for its production of quality deer. Therefore, this area consistently produces some of the best hunting in Alabama. Because of the consistent hunting, hunters travel to the Black Belt to hunt deer and turkey. This region hosts about 80% of Alabama’s hunting lodges.

Counties in the Black Belt Region

The Black Belt region is promoted by several sportsmen including two prominent natives: Jackie Bushman, founder of Buckmaster’s & Ray Scott, founder of the Bass Anglers Sportsman’s Society. The main objective of these two men is to market the region as an outdoor destination. Currently, there are 51 sportsman lodges in the Black Belt Region. Of these lodges, 31 are focused on deer. While these lodges offer great hunting opportunities, not all sportsmen can afford to stay at such places or even hire a guide. Even though the region has several lodges for deer hunting, the Black Belt also offers the do-it-yourself sportsman public land to hunt. Big bucks can bring in the big “buck$” to the state. Over $1.7 billion is spent each year in the state of Alabama by hunters and fishermen.

Alabama Black Belt | Hunt with US!

Here at Intercoastal Safaris we pride ourselves in providing the best of the best when it comes to sporting opportunities throughout the south. We have over 1000 acres of well managed hunting land that hosts a variety of shooting houses and stands. Because many of our shooting houses and stands can accommodate 2 people, our hunts are great for couples & families. Our hunting trips don’t just stop with the deer; knock down as many coyotes and hogs as you please. In the spring we do offer a limited number of turkey hunts as well. You won’t regret your hunting trip to the Black Belt. It has earned its well deserved reputation of a top hunting destination in the US.  Find out more information here.