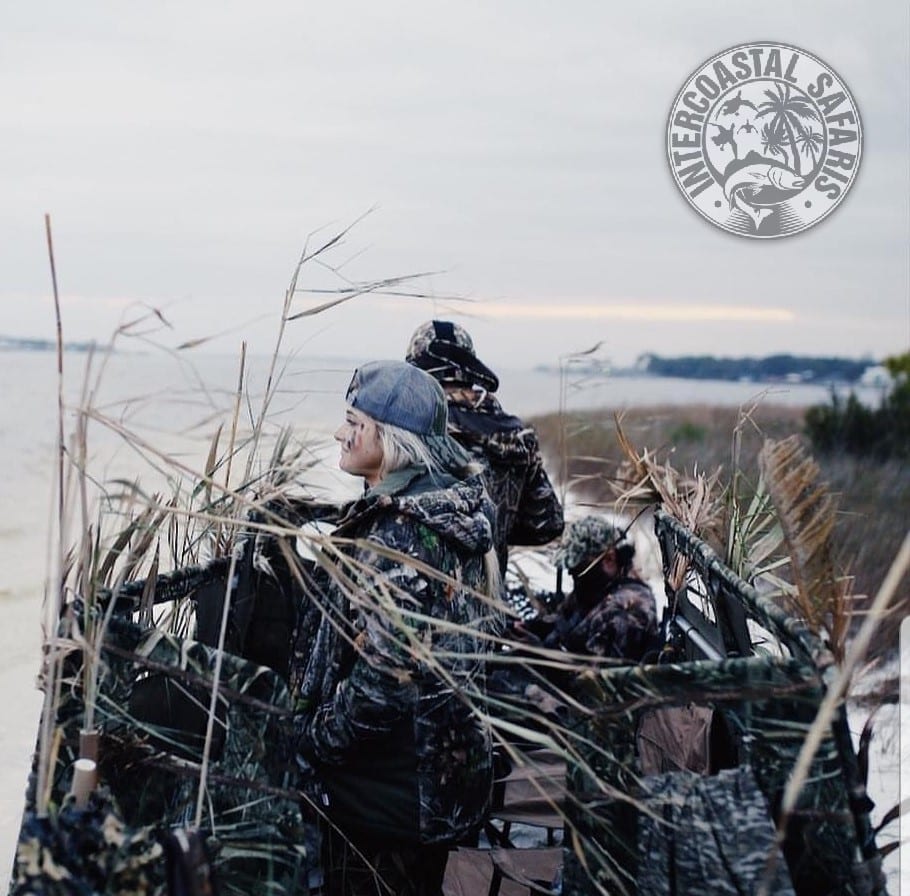 One of our goals as sportsmen should always be to do all we can to introduce others to the sports we know and love. For me that’s duck hunting, coastal duck hunting to be specific. I remember when a good friend of mine 1st introduced me to coastal duck hunting on Perdido Key, FL. The knowledge we learn from others should be passed on in order to keep any sport alive and thriving. With this in mind, I have compiled a list of some popular duck hunting lingo that might help those understand the sport a little more.

Breasting Out – This is a popular technique used by waterfowlers when cleaning harvested birds in which the breast meat is harvested from the bird.

Choke – The inside bore constriction of a shotgun’s barrel used to improve performance by shaping the spread of the shots pellets to gain better range and accuracy. Works like the nozzle of a water hose.

Coffin Blinds or Ground Blinds – A blind is a tent like covering that is used to limit the exposure of to the ducks when hunting while providing an extra layer of camouflage for the hunters.

Decoy –  An object resembling a duck set out in a specific area (referred to as the decoy spread) at the start of a hunt in order to attract ducks.

Duck Band – These bands in the duck hunting world are equivalent to trophy antlers for a deer hunter. These metal bands are placed on the legs of ducks. The date of banding, age of duck, sex, and other information is recorded at the time of the banding. These bands help researchers study the migratory patterns, species abundance, distributions, life span, and causes of death as well as other pertinent information for the species. Duck hunters play a vital role in waterfowl conservation when they report their bands.

Duck Call – This is an instrument used to mimic the sound of ducks.

Flock – This is a group of birds flying together.

Landing Zone – An open area within a decoy spread intended to give ducks a place to land and give the hunters an advantage at a greater shot.

Limit – This is the legal amount of ducks a hunter can harvest on a day.

Locked Up –  This is when the duck  stops beating its wings and locks them up while descending to land. This is the best time to get in a shot.

Migration – Ducks do not like really cold weather so during the winter months they fly towards warmer weather. This trip to and from wintering and breeding grounds. In the fall and winter they move south and in the spring they go back north.

Puddle Ducks or Dabbling Ducks – This category prefer shallower waters such as marshes and flooded fields. They skim the surface for their food or tip their head and neck into the shallows.

Retriever– This is the name given to dogs that are trained for hunting. They are used to locate and collect the downed ducks.

Skiff – A small boat used for hunting in small bodies of water and marshes.

Skybusting – This is referred to as shooting at out of range ducks. This is a big NO NO in the duck hunting world. This increases the chance of wounding a bird and its believe to make those birds that escape unharmed harder to hunt.

Wingbeat – The complete set of motion or stroke of a duck’s wing while flying.

WPA- Waterfowl Production Areas –  Part of the National Wildlife Refuge System. These federally owned properties are designed provide habitat for waterfowl and many other species.