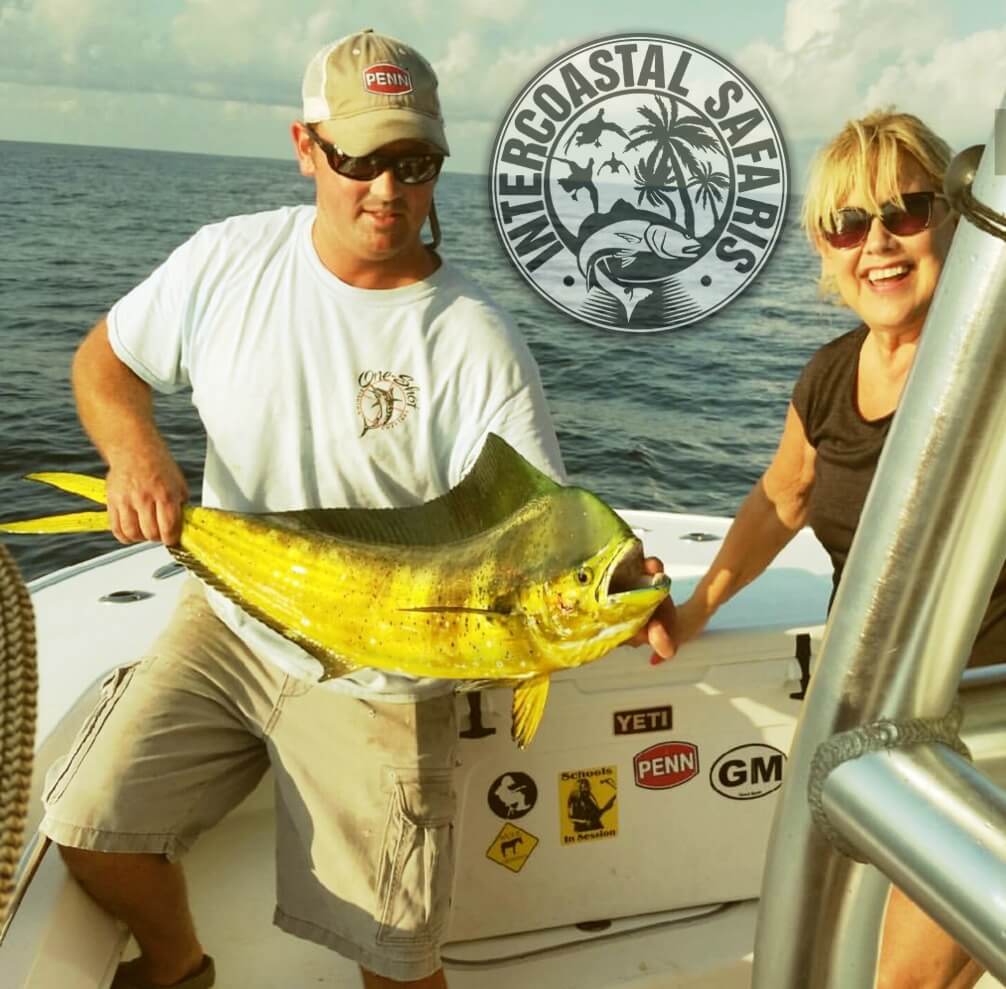 It rains a lot during the month of August. Larger than normal rain runoff creates an influx of fresh water in to the bays forcing many of your inshore target species, such as redfish & speckled trout, closer to the beach. The high 80s temperatures do typically drop to the 70’s at night making dock light fishing a great option for those looking to get out on the water and fish but want to avoid the heat of the day.

Ladyfish flock to the surf along the beach during the summer months. In addition to the ladyfish, the redfish, and speckled trout can be found in the surf as well.  A little further out nearshore species such as king & spanish mackerel swim along the shoreline and will start moving out to deeper waters. Species such as Wahoo & Mahi Mahi that can be found once you reach the blue water. As always the Amberjacks and Triggerfish are still hanging out in deep waters and near wrecks. And for those of you looking to go after real deep sea monsters then you should try Extreme Swordfishing  in Orange Beach, AL.